“Altogether it has been a very rewarding programme” 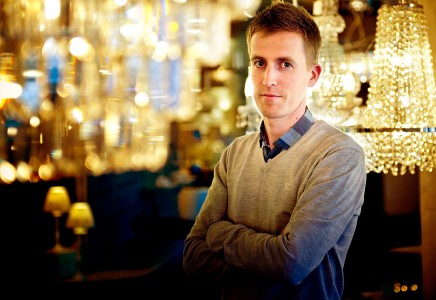 Markslöjd Lighting Group (MLG) is one of Northern Europe’s leading lighting companies with operations in a large number of countries. MLG develops, manufactures and markets lighting for both homes and public spaces. Design and development of lamps are kept in-house while production is outsourced to selected suppliers in China.

Daniel Peterson was recruited by MLG in 2005 to expand the company´s operations in Asia. At that time, Daniel had just graduated from Lund University with a Bachelor’s degree in Chinese.

– My primary task was to establish a subsidiary company in China and thereafter build a sales network in Asia from scratch. I did this by searching for and identifying potential partners and agents in different Asian countries, negotiating agreements and participating in trade fairs. In 2009 I took the role as Sales Director with the overall responsibility for sales and strategy in three geographical areas where the company is active: Far East, Middle East and Oceania. My tasks at that time involved budgeting and coordination of sales staff in the region, as well as managing the regional sales office in China.

The period in China proved successful for Daniel. On his return to Sweden in 2010 he was promoted to CEO for MLG. In taking on the CEO role, Daniel expressed a wish to participate in a management training programme. Vätterleden, the holding company that owns MLG, then proposed the Gothenburg Executive MBA programme. After having graduated in 2012, Daniel has no regrets.

– The Executive MBA programme has taught me a lot. It is a broad programme, although it has a focus on Asia. The weekend format is convenient, with classroom sessions Thursday to Saturday every third weekend, including a modular approach to each specific course. Another thing that makes the programme stand out is how the sharing of knowledge and experiences between participants becomes instinctive. Altogether it has been very a rewarding programme.